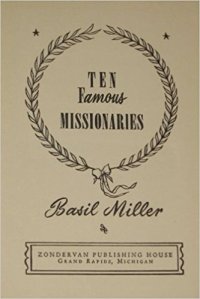 I like old books and was reading Ten Famous Missionaries by Basil Miller in 1949. A peek inside my twisted mind: By page 1 my brain was hurting. By page 11 I had to put the book down and spend a few days processing. (Overanalyze much?) This is why I can’t get through good books. I read the foreword of Mere Christianity over a dozen times before actually reading the rest of the book.

Many consider William Carey to be the “founder of modern missions.” Which makes me wonder, “Why did missions need re-founded?” 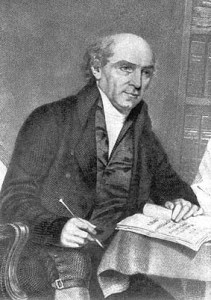 In 1786, William Carey proposed the topic “The Duty of Christians to Attempt the Spread of the Gospel among the Heathen” to a ministers meeting. That it even needed discussed, let alone debated, surprised me. Isn’t missions Christianity 101?

The chairman at the meeting shut him down: “When God pleases to convert the heathen, He will do it without your aid!”

Mind blown. Could Christians really get to this state? Opposed to active missions, opposed to spreading the Gospel, assuming God would magically make stuff happen without us having to make sacrifices and intentional efforts in being His hands and feet?

Apparently yes. Carey is considered the founder of modern missions because many groups of Believers really didn’t do missions anymore. Yikes.

According to author Basil Miller, “The meeting of pious-minded ministers, busy with their tiny churches and the problems they daily faced” met suggestions of evangelizing outsiders with indifference at best.

Carey argued that Christians should actively employ effort in converting the unsaved. (Alright, William – let’s not get out of hand!) He was a shoemaker but saw his “job” as just a means to support himself while exploring ways to serve God and engage in missions.

On May 31, 1792 he challenged his congregation: “Expect great things from God; attempt great things for God.” By October, a dozen Baptist preachers committed to forming a missionary society to raise funds – and by 1793 Carey was in India.

Carey preached to 200 villages while managing an indigo factory, believing missions should be self-supporting once founded. He opened grade schools and a Christian college. As a linguist, he translated and published the entire Bible in Bengalese. he then went on to build his own paper mill with a printing press to spread the Gospel – and led teams to translate the Bible in part or in whole into 35 languages. He established a hospital for lepers and opposed barbaric practices such as the burning of widows on their husbands’ funeral pyres and the sacrificing of children to the Ganges River gods.

All this because he simply read the Word and obeyed.

“Remember three things. First, that it is your duty to preach the Gospel to every creature. Second, remember that God has declared that His word shall accomplish that for which it is sent. Third, that He can easily remove the present seemingly formidable obstacles as we can move the small particles of dust.”

As I reflected, I felt stunned. Could something so fundamental to being a Christian, such as sharing the Gospel with others, be totally forgotten and abandoned by Christian leaders who say, “God will do it without your help”? It’s clearly possible – Carey only stands out because so few Christian ministers were evangelizing and doing missions in his time.

If many ministers in Carey’s time had completely forgotten missions – and even fought against new missions movements – couldn’t there be godly pursuits that the Church today has largely forgotten or abandoned? Pursuits waiting for a champion to go against a tide of Christian complacency to say, “God cares about this issue!” or “God values these people!” Areas the Church needs reform by refocusing on lost values?

To spark your thoughts – I think one clear area is environmental care. From pollution to climate concerns, we’ve poorly stewarded the Garden God left in our care. Will Christians lead the charge in caring for Earth? For now, we seem more intent on defending Creationism than Creation itself. (More here: Creation Reloaded)

What areas do you see Christians shying away from issues God cares about in Scripture? Where do we dismissively say, “If God wants it done, He’ll do it without your aid”?

One thought on “Forgetting Missions”