Over the past few weeks, one particular phrase has taken social media by storm: Me Too. Spawned by the recent controversy over sexual abuse allegations against Harvey Weinstein, Louie C.K., Roy Moore, Charlie Rose, and others, the #MeToo campaign brought about a multitude of women sharing their stories of being victims of sexual abuse, harassment, assault, rape, and other heinous acts committed against them by men.

The campaign showed a number of brave women revealing their scars and standing in solidarity with others to show them they’re not alone. It also brought to light numerous cases of men committing wicked acts against women, often with little regard and/or remorse, and unfortunately silenced with alarming frequency.

Of course, this is where we hear retorts like “not all men,” “I’ve never done that,” “what about men abused by women,” et cetera; all the cliche dismissals and detours.

It should be noted that while sexual abuse of men by women happens and is wrong, it is also often dismissed in the same spirit as that of abuse of women by men (“Dude, she wanted you so bad,” “That’s so hot,” “You’re living the dream,” etc.). Just like sexual abuse of women, it is not taken seriously. Women have pointed to abuse for years and it’s often swept under the rug, so why should we expect a difference for men if we haven’t given reason for it to be?

In addressing things like “not all men” or “I’ve never done that,” I have to ask: Are you sure about that? 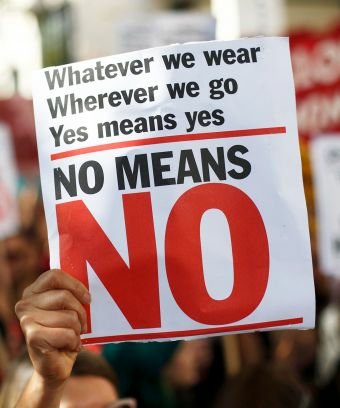 It’s unfortunate, yes, but not hopeless, provided we are willing to face the truth of our complicity head on.

If we meet the realities of sexual abuse with anything other than grief, introspection, repentance, and resolve to change – then we choose to fail the world that needs us to change it.

As the old saying goes, evil triumphs when good men do nothing.

The changes start small, and they start with us.

Learn all you can about the realities of sexual abuse (including everything from harassment to assault to rape) from women around you who are willing to tell their stories. You’ll find it’s common at a scary level, and that even the stories that seem particularly heinous are shockingly frequent.

Learn how jokes and jabs have hurt them, how unwanted attention and advances affected them, how they’ve had to defend themselves and be dismissed when telling their stories. Learn how they were betrayed, targeted, hurt, and used by people they once trusted as friends. Learn about how they felt afraid to go public with the truth, often for years, due to a culture that condemns the victims rather than the offenders. You will find just how widespread and pervasive the culture of abuse has become and how much of it hides under the radar.

This isn’t a situation where you can help while gulping down the blue pill and settling for sympathy. You have to take the red pill and learn how deep the rabbit hole goes. (Yes, a blatant Matrix reference.)

As you look outward at the ugly truth and the nature of abuse, you must also look inward. Examine your heart and pray for help in doing so. Go back through the memory banks of your life. Look back at how you’ve treated women: family, friends, old lovers, co-workers, random women you met wherever. Consider the words you said, the thoughts in your mind, the actions committed at those times. Did you make the lewd comment, send the vulgar message, act aggressively, come in too close, make unwanted contact, refuse to take “no” for an answer, send the illicit text or picture? You may find you indeed were “that guy.”

This part sucks. I know, because I’ve been there. I’ve been “that guy” and have had to own it. It sucks, but it’s necessary.  You need to look back at the crap you’ve said and done and accept it. This may shatter your self-perception, but you can’t afford to trade the truth for a convenient lie. That won’t help anyone, least of all yourself.

Now here comes the hard part: you must own up to the crap you found in yourself and confess it in the seeking of forgiveness. First and foremost, come before God and ask for forgiveness. God created woman as special and set apart from the beginning, and as one who has made offense against His creation, you must seek his forgiveness. Take a stance of humility and ask the Father to help you better honor His daughters.

Now comes an even harder part: where it is possible, seek forgiveness from and make amends with those women you have wronged. In some places, it may not be feasible; this is understandable. But for where it is, take this step. We are tasked with the ministry of reconciliation, so reconcile. Accept what hurt you’ve caused in humility before those you’ve hurt. It’s a hard step, I know, but it’s necessary.

Also, don’t forget to forgive yourself. Accept what you’ve done, but also accept that you do not have to live with that identity. Make peace with your past, then leave it in the past. You don’t have to continue being “that guy.”

From here, make a change. Resolve to do better. From here, act in a state of repentance: a true “metanoia,” a change of mind and direction. How is that even done? It’s a lot of little things.

Approach conversation with a more aware mind. Weigh your words and be mindful of those around you. Let your sight be renewed as well, that you may see the women around you as daughters of the King, cherished parts of creation just as you are. Lay aside your own pride. Act in a way to uplift others rather than boosting your own ego. Be able to accept “no” if you are told “no”. A new awareness helps you to see there is far more in life than your own satisfaction.

In deciding to no longer tolerate abuse from yourself, don’t tolerate it from others. Call it out where you see and hear it. Confront the guy in your group or workplace who makes those lewd comments to or about a woman. Confront the guy making unwanted advances, the guy who brags about his conquests, the guy who speaks of and treats women as objects. Confront them as a minister in defense of God’s beloved and as a representative of reconciliation. Invite them to ask themselves the very questions you’ve had to ask yourself and to take the road you travel. It’s not enough to stop with the wickedness in yourself. Work against it outside of yourself wherever it may be.

As you travel this new path, know that you’ll mess up at times. If and when you do, pick yourself up, dust yourself off, make amends, and keep going. Change doesn’t happen overnight. It’s all those little things coming together over time that write the story of the new man you’re resolving to be, the new creation God promised you can be.

As you step out on this path, it may seem as if it’s you against the world. In a sense, unfortunately, it is. The culture of abuse against women in our world runs deep and wide and harms everyone. It is a juggernaut of evil but it is not undefeatable.

As you walk this path, it may be lonely and fraught with peril. You may lose heart and be tempted to give up, but don’t. You are not alone and your efforts are not in vain. You are working to change the world, which the world needs now more than ever. In the spirit of the strengthening of our hearts as men of the Kingdom, think on this beautiful call to arms from “The Lord of the Rings: The Return of the King”:

“My brothers! I see in your eyes the same fear that would take the heart of me! A day may come when the courage of men fails, when we forsake our friends and break all bonds of fellowship. But it is not this day! An hour of wolves and shattered shields when the age of Men comes crashing down. But it is not this day! This day we fight! By all that you hold dear on this good Earth, I bid you stand! Men of the West!” 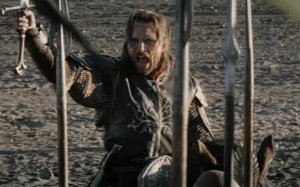 8 thoughts on “Responding to #MeToo: Time for a Change”