A testimony by Millennial Believer Mitchel Reed, who received an undergraduate degree from Johnson University in Counseling and Biblical studies, and is currently finishing a graduate degree in organizational leadership. He’s worked for a few years as a social worker and teacher and has served 8 years active duty military. In addition to this, he is currently working to establish a non-profit organization. He loves traveling and Christian apologetics. 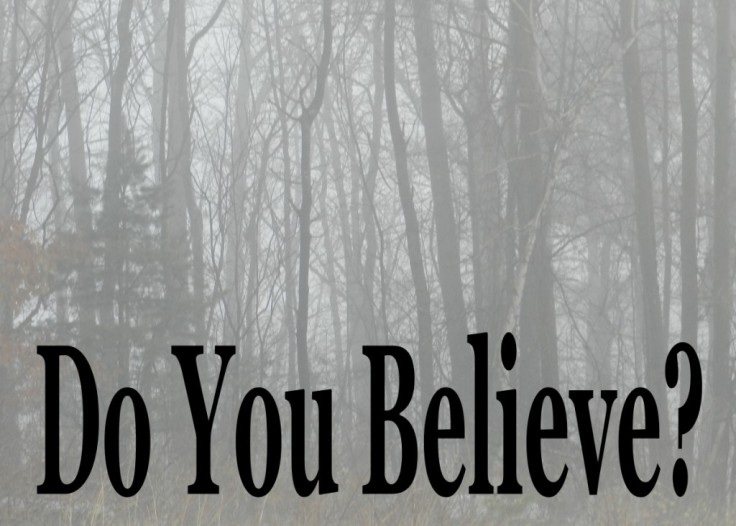 I didn’t grow up in a ‘Christian’ household, but I did grow up with Christian influences. In fact, my household was rather tumultuous. Statistically, from a developmental stand point, my chances were less than 50% of succeeding to any degree in life. However, I did have the blessing of a father who was always questioning everything. He was curious, he wanted answers. I can tell you that I received that training first-hand, and grew up wanting to know about everything. I didn’t care what that answer ended up being, but I did care about whether or not it was consistently right. Would it surprise you if I told you that I still hold to that logic?

My first real intellectual struggle came when I was a freshmen in High School. Some of my friends were agnostic, but most of them were nominative Christians, who really didn’t know the first thing past ‘Jesus is the Lord,’ basic fundamentals, and some random quotes – maybe some crude history. Peel back the onion, and not much was left to share. I started going to different churches with friends and I found myself questioning everything. I mean EVERYTHING.

I’ll never forget the first time I saw a “laying of the hands.” I’d think, Okay, so God’s ‘spirit’ – whatever that is – comes over you, and you speak things that really no one knows, but sometimes people ‘claim’ to know – yet when you question them, too, they never really ‘know’ – it was frustrating. Some would dismiss it and just say you have to know Jesus first or something intellectual like  ‘It’s an overwhelming of the holy spirit that believers receive.’ For me, I couldn’t swallow it – it didn’t pass my sanity or reason test.

My next thought was, perhaps there’s a better answer in Scripture. A few hundred hours later worth of research, and my mind was about to explode. Nobody has a real answer. So if no real answers exist and it is all guess work at best, where did all these people get these ideas from? I began having these thoughts for every single, tiny, issue you can imagine within the church. The struggle was real. I wasn’t buying it, and no one was around who could relate these things in a way that I could understand or even WANT to accept it.

Faith was a fantasy existence that conflicted with reality. Or was it? I wasn’t ready to give up on God yet. I still believed in providence – but was there enough evidence left to even believe in that, or was I just being irrational?

Depression set in, but not in the way you might think. Philosophical depression in the form of NIHILISM according to Merriam is:

“The rejection of all religious and moral principles, often in the belief that life is meaningless.”

Nihilism basically reasons that because everything is made-up and given meaning by us (existentialism), nothing truly has purpose – and because nothing is proven, the only worthwhile position is, well, Nihilism. It is important to note that from a debating standpoint, you cannot win against a Nihilist. It is truly and arguably one of the most formidable positions in the philosophical world. I have respect for Nihilists, but I personally couldn’t be one.

Years passed and I spent time growing. I started off college as a meteorology major, and eventually moved to Johnson University. My time at what was then JBC (Johnson Bible College) changed my life forever. Despite my skepticism, my pursuit of facts and reason paid off there in ways unforeseen. Though perhaps not in a way most think.

It helped teach and remind me what was most important about Christianity and life. It was about the importance of discipleship and the relationship with Jesus. I learned how to articulate my plight against what I call “the miracle faith,” and instead began learning the reality of a God who lost to religion and human desires.

Unfortunately, my years at Johnson were riddled with people labeling me as a “heretic” – many considered me argumentative and condescending. My views didn’t fit in because they weren’t “normal” – I made people uncomfortable.

I still questioned everything. I would say things like “shit” and then ask why it was so offensive. I asked if we could discuss it and break it down. I asked questions like “What happens if we resurrect a human using technology someday, would it negate the miracle of Christ?” “At what point do we stop focusing on miracles and focus on our relationship with Christ like he calls us to do?” “What about providence and its importance – shouldn’t we be focused on the here and now and not the miracles?” I can tell you that I am the first to forgive and that I always love. I still yearned for people to challenge me and I wanted to grow – I wanted to be relevant, and I WANTED to be discipled.

What I learned the hard way is that isn’t what most churches want.

Churches today remind me of a poorly run Dungeons & Dragons campaign. With a dungeon master who creates rules to box in every player who tries to step up and make decisions. Who has tunnel vision and feels threatened that any individualism or doubt will ruin his desire and thoughts on what he wanted for the campaign.

Today, I still struggle to belong in orthodox church settings. While I understand the need and importance of Christian community, I don’t believe supporting our failing model of churches across the world is any better. I am sharing this, in fact, because I believe we are losing our relevance as a church in western society.

The more educated people become, the less interested people are – and that is because the movement’s model doesn’t grow disciples. It doesn’t encourage skeptics to embrace their intellectual thoughts and learn – we push them away with fundamentalist ideas, uneducated positions, and judgmental attitudes.

So if you are that Christian who loves Jesus and the canon, who still finds Scripture authoritative, but who admits that his reason and intellect are required components in that equation – you are not alone.

The path I have been on is truly lonely – perhaps one of the most lonely I can recall – but it can’t be as lonely as one without God. If you can take away one thing from my testimony, I hope that you were encouraged by just knowing you are not alone, and that God’s church takes many shapes – and it doesn’t mean we’re heretics, it means we are actively growing, and seeking HIS discipleship.

I believe that the prayer described throughout Scripture, communing with God, being discipled by Him, is in fact the highest form of human thought possible to be achieved. It is the pinnacle of clarity, and why our forefathers were able to receive such clear vision. If we think this way, if you ponder that train of thought, I think you will find it relevant biblically, historically, and in our modern culture.

I have many answers and even better, more questions – for the majority of topics in faith – do you? Because of my skepticism, I am better for it, and my faith rather than built upon sand is tough, resilient, and resolute. I am at peace, and I regularly experience solitude with nature and within my spiritual self. I achieved this because I regularly engage and work for it, but it is not the easiest path in life.

Life is amazing – and I have every intention of living mine to the fullest. I am eternally grateful to be alive.

2 thoughts on “The Skeptical Believer”