“Hear counsel, receive instruction, and accept correction, that you may be wise in the time to come.” – Proverbs 19:20

You know the guy. He’s terrible with girls. But he thinks he’s great with them, so he keep making passes.

You know the gal. She’s not funny at all. But she thinks she’s really funny, so she keeps cracking jokes.

How can we think we’re great at the things we’re terrible at? It’s mind boggling, but we see it all the time. And you might feel surprised to find out you do it yourself.

“Better is a poor and wise youth than an old and foolish king who no loner knows how to receive counsel.” – Ecclesiastes 4:13

Then there’s those other people.

But somehow, unbelievably, they don’t think they’re particularly good at it. They constantly pull off complicated, challenging tasks with ease, ones we couldn’t perform in a lifetime. Then they say, “Anyone could do it” or “So-and-so could have done it better.” They know a dozen foreign languages, but it’s “no big deal” because “anyone could do it.”

How can we think we are bad at things we are actually great at? It’s mind boggling, but we see it all the time.  And you might feel surprised to find out you do it yourself.

It’s so common, in fact, that there’s a name for it. The Dunning-Kruger Effect.

Dunning & Kruger to the Rescue

David Dunning and Justin Kruger noticed that incompetent people rarely recognize how bad they are at things – they tend to overestimate their abilities and boast about their weaknesses. Dunning and Kruger also noticed the reverse is true – exceptionally skilled people generally underestimate their abilities and think that anything they can do must be easy for everyone else too.

If you aren’t very funny, you probably don’t know how to measure humor in yourself or others. So you think you’re actually funny, when you’re not. People don’t know what they are bad at because 1) they lack the skill to be good at it and 2) therefore lack the skill to assess their own ability level. A guy who’s “bad with the ladies” apparently doesn’t know what “good with the ladies” entails, so he thinks he’s good.

The same happens in reverse. People who are really good in any area also possess the ability to assess what good looks like in that area. So while they have a natural ability to see that they are good at it, they also tend to notice everyone else with the same skill. And since they see people all around with similar abilities, they underestimate their own gifting. “I know I can paint okay, but you should see Bob’s work!”

“For lack of guidance a nation falls, but victory is won through many advisers.” – Proverbs 11:14

The Fix Is Easier Than You Know

“Pride only leads to arguments, but those who take advice are wise.” – Proverbs 13:10

Kudos if you guessed from the title or verse quotations. You need friends – and you need counselors more. Friends and mentors can assess your abilities from the outside – both strengths and weaknesses – and can be trusted to speak into your life with a clearer voice than you yourself can muster.

You might think you’re bad at something just because others seem to be just as good or better. But friends and mentors can cut through that fog, encouraging and empowering you in the directions you already excel at.

You also feel you’re a pro, or at least a natural, at things you really weren’t made for. While sometimes it’s just embarrassing when reality breaks in, it could also lead to lots of damaging scenarios. You could choose an ill-fitting career, you could drive people away, you could tear down people who actually have the gifting you’re pretending at. You could promise a lot that you can’t deliver on, when you think you’re great at things you just plain aren’t. Friends and mentors cut straight through your blindness and call it like they see it.

As long as you’re willing to openly ask for and graciously accept criticism.

So here’s the encouragement.

If you’re a Millennial, surround yourself with friends and mentors. You need their input if you want to see yourself truly. Because let’s be honest, when you look at yourself you often see your biases. Don’t hesitate to seek out what others think about you – they might see you clearer than you see you.

God designed us to live in community because he knew we’d need each other, we can’t see everything ourselves. There are things about us that only our friends can see, and our willingness to listen to these voices is the difference  between stagnancy and thriving growth.

“If you listen to constructive criticism, you will be at home among the wise.” – Proverbs 15:31 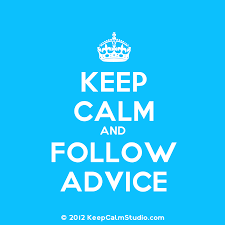 4 thoughts on “Why Millennials Need Your Advice”