Churches rob Christians of the realization of all they could accomplish with God financially.

There, I said it.

We recently talked about how churches tend to serve as “middle men” who consume most of what comes their way. The bigger they are and the longer they’ve been around, the more they suck in religious investors’ money and turn it into stuff. (More here: Giving Gone Rogue)

In my own journey with Christ, I’ve felt called to finance all sorts of good works, missions and ministries. From helping people in need to sending missionaries to distant lands, it has been an exciting path. And along the way, I had a revelation. 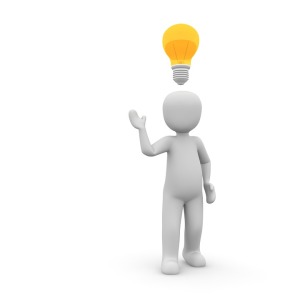 I’ve never felt called to give to my church.

Don’t get me wrong – churches need money. That might be part of their problem. Once they have a building… and vehicles, salaries, insurance, property, maintenance, landscaping, technology and a dozen other types of assets, they simply need more money to “stay in business” (“keep the doors open” is the churchy way of saying it).

But God doesn’t need church businesses. That’s a faulty Christian assumption in the West. God has done just fine historically and in modern times throughout the mission field and persecuted regions of the world with house churches instead of church businesses.

God calls some churches into existence and he calls people to support those. But that’s hardly all God is up to, and he needs people supporting all his other efforts as well. Every Christian should have their own regular dialogue with God about how they should partner with him in ministering to the sin-sick corner of the world he’s placed them in. Sometimes that means funneling their finances through a 501c3 church business, but often it means direct investment in your community, hurting lives, missions or ministries that meet needs the local church business simply aren’t meeting anymore.

Growing up, I was encouraged to pursue the individualized, personal relationship God wants with me – yet I was never encouraged to apply that to my finances. It’s just assumed you should pay the church your money and let “them” invest it in the Kingdom. But aren’t WE the Church? Something simply didn’t sit right with me in that, so I started to explore and experiment.

I applied the idea to my finances, and not just in how I spend or save money. I applied it to how I charitably give from my finances. And by “my finances,” I clearly mean God’s money that I just steward a while. When I adopted this perspective, I realized something big. At least for me, it seemed revolutionary.

God wants me to join him directly in the incredible things he’s doing in the world.

It opened up a whole new door of opportunity. If I didn’t feel called to give to my church, God might be laying a burden on my heart for campus ministry, or Bible translations in Siberia, or reaching new tribes in Africa, or aiding tsunami victims in Asia or bringing medical care to villages in Guatemalan jungles or helping a young adult go on a mission trip or helping a down-and-out friend get back on their feet or feeding a homeless guy lunch. When I told God I was willing and waiting, he started asking me to step in and be his wallet. 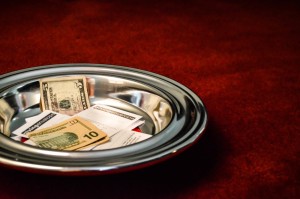 By requiring people to pour money in offering plates weekly, churches keep Christians immature in their giving. They also rob Christians of the realization of what they could accomplish by partnering directly with God and cutting out the middle man. And they ultimately rob a lot of Kingdom resources that could go directly to people in need in Jesus’ name instead of financing more buildings with Jesus’ name on the side.

Giving Freely, Free to Give

Having experienced the emptiness of dumping money in an offering plate and the guilt of seeing how it is often spent by churches, I found an incredible freedom in giving directly to God’s work and asking God how I could partner with him. Sometimes he tells me to put money in an offering plate as it goes by. But more often, he directs my attention to a need that he wants me to meet on his behalf.

Looking back, it was a “praise the Lord” revelation. It brought a whole new level of understanding to 2 Corinthians 9:7, which says “Each of you should give what you have decided in your heart to give, not reluctantly or under compulsion, for God loves a cheerful giver.” We pay homage and lip service to this passage in churches, but never admit that God loves BOTH a cheerful giver AND when we provide for the poor, the hungry, the homeless, the imprisoned, the ill.

Christians assume the passage is about giving to the church. I don’t have enough fingers to count how many guilt-driven sermons I’ve heard around this passage.

Want a surprise? It’s not about giving to your church. At all. As in, not even remotely.

They didn’t even have churches that met in dedicated buildings taking offerings back then. They met in living rooms and the marketplaces, and didn’t have all the costs that come with the institutions of organized religion. They only took offerings in order to give them away, which would be a pretty cool model for us to follow today. Those who had something laid it at the apostles feet, quite literally, for them to redistribute as fellow Christians had need. How cool is that?

The passage was about the Christians in Corinth taking up an offering to give to Christians in “extreme poverty” (8:2), so that they could redistribute the wealth (“that there might be equality” 8:13-15). It was a “service to the Lord’s people” (9:1) and it’s about how you can never out-give God.

The reason God provides for us is so we can do good works. Not so we can bask in it. Not personally or corporately. I’ve never felt strongly that giving money to any of the churches I’ve attended was much of a good work. My church does some good stuff and all. But for every dollar I give, less than ten cents makes it to missions, my local community, or benevolence (aka helping anyone Jesus would have helped). It’s amazing in a sad way how much we can consume as a church business.

I encourage you to pray this week about where your finances go. If you never gave yourself permission to question the norm or if you’ve never thought to ask God where he’d have you putting your tithe, go for it. He might just have a surprising answer for you – and you might just grow your faith by stepping out into it. Take the challenge, pray and see where God directs you – and share the challenge with another! God’s at work and you could be more a part of it!