After confessing no church is perfect and all churches can benefit from reform, it is important to add a second layer to our foundation. Admitting churches are not perfect is a far cry from owning their failures. Churches have committed real abuses, for which we must repent. These range from the monstrous and global (Crusades, Inquisitions, aiding Hitler’s Nazi regime) to the subtle and interpersonal (ostracizing instead of gracing, persecuting instead of loving). Few Millennials abandon church because of boredom. The majority we speak to leave over abuses they witness, neglect they experience and rejection they feel.

Churches have collectively hurt millions, and their gut instinct is to barrel forward making simple course adjustments for a better tomorrow. This is not a healthy response to wrongdoing and will only end up hurting more. When faced with past failure, each church must do what individuals do: repent. Repentance is a 180-degree turn. Not a 360-, where you spin around so you can say you took stock of your situation but then keep heading in the same direction. Repentance is stopping the moment you realize you’re on the wrong path and then heading backwards until you can get on the right one. C.S. Lewis once remarked, “We all want progress, but if you’re on the wrong road, progress means doing an about-turn and walking back to the right road; in that case, the man who turns back soonest is the most progressive.”

What does corporate repentance look like? We have no further to look than Scripture. Israel fell away repeatedly through the Old Testament and always had to return to the Lord in an attitude of repentance before moving forward with God’s plan for His people. These moves back to the Lord are commonly called “solemn assemblies.” Look at how Scripture describes some of these recurring periods of communal repentance when Israel found itself off the narrow:

Solemn assemblies are one way for congregations to gather, face wrongs they have committed and repent. Other examples exist of church leaders themselves owning mistakes in the New Testament.

Within weeks of its inception, the church was rocked by its first scandal. Members of the Christian community came to the apostles to admonish them for racism in the daily distribution of food to widows – they were found favoring Jewish widows and overlooking Grecian ones. The apostles recognized the abuse and pleaded that it occurred not from malicious intent but rather from neglect stemming from being overwhelmed. Having admitted and apologized, they were ready to move forward in a healthier way – they appointed seven leaders who could help. All seven had Greek, not Jewish, names – presumably an indication that the apostles went so far as to raise all seven leaders from the opposition party. (Acts 6)

(To get an idea of how drastic this was, imagine a church appointing seven disgruntled Millennials to an advisory and leadership capacity that helps lead and holds the congregation accountable to not overlooking young adults in the daily distribution of spiritual blessings!)

Paul empowered Timothy not to let older folk look down on him because of his youth (1 Timothy 4:12). That’s pretty awkward advice to include in a letter for public reading to be copied and shared among every house church in the area – unless it was addressing a very real problem. Older members of the Christian community were looking down on younger members from the very beginning and Paul authorized Timothy to put his critics in their place with his example, his confidence, and Paul’s own vetting. 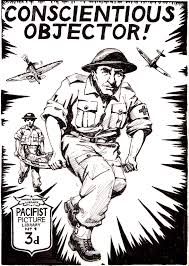 The need for repentance today is clear. Millions of Millennials who leave churches consider themselves conscientious objectors. They don’t drift away because MTV is more entertaining than worship services. They don’t stop coming because sleeping in is more appealing and they don’t stop serving because they’d rather level up their Level 49 Elf-Wizard. Most leave in protest. They witnessed or experienced very real neglect, abuse, and rejection in churches. At the same time, they compared the Church in Scripture to what American business churches are and realized there’s some massive disconnects. They can not in good conscience condone or finance their church’s actions so they head out to serve and experience God in the world.

Barna research shows that of American Millennials raised in Christian families who attended church as youth:

Note that all four categories have millions of people in them – Millennials are a larger generation than Baby Boomers, according to 2015 US Census statistics. But did you get that math? 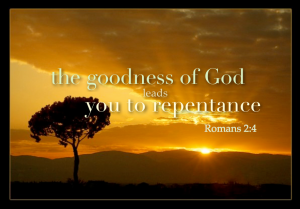 What can turn church problems around, and what can bring Millennials back? A great start is admitting we’ve failed them. If there’s one thing Millennials crave and value, its transparency, honesty, authenticity, being real. Repentance is part of that. Being willing to admit mistakes publicly and seek reconciliation is something the majority of Millennials value and admire. If there’s anything they’ll crucify a church for it’s cover-ups, spin, padding numbers, doctoring reputations and a general lack of transparency – whether that’s in their decision making processes or budget or otherwise.

Our first platform ( Read it here ) is that reform is always needed in churches. All churches can use reform, as no church is perfect, and Millennials are eager to be a part of that reform. Our second platform is that repentance is key to moving forward. Admitting issues that have driven people out – and incorporating these prodigals in the pursuit of godly solutions – can bring them home to help heal the divide.

For more on corporate, communal repentance check out: Refreshing Repentance

2 thoughts on “Repentance: The Second Layer of our Foundation”