Believe it or not, this is just about the only passage in Scripture that seems to advocate a “blind leap of faith.” There are some things we’ve got to take on trust, but Christianity is a faith abounding in evidence and with a Scripture that constantly tells us to put our minds to work and be wise and discerning. When we find that the vast amount of Scripture doesn’t agree with our assumed interpretation of one passage, it’s wise to take a deeper look at the context. Does this passage really mean people are more blessed if they believe blindly – instead of investigating evidence and weighing it carefully?

We’re told to believe with body and spirit but in addition – with mind. Scripture constantly invokes the obligation of believers to be wise, to seek wisdom, to be discerning even among prophets and spirits, to be wise as serpents. Christianity is particularly an intellectual faith – it is spiritual and emotional and physical and social, but especially intellectual. 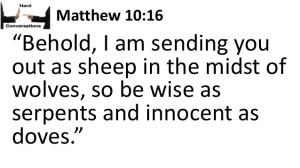 Paul was very adamant about this. He notes that nature makes a case for people to believe wisely in God, that all Believers should be prepared to give a logical defense for the hope they have, and even details a list of eyewitnesses to the resurrected Jesus. Luke also talks of how he carefully researched matters so his readers could be sure of the things he testified to. The importance of the faith being historically true is all across Scripture and again points to intellectual reasons for faith being valuable.

Blind faith, on the other hand, is extremely dangerous. It is blind faith in false gods of stone and clay God condemns throughout the Old Testament, frequently reminding His people “You have seen my works, what have these idols done for you?” Blind acceptance of anything can lead to scary places – not only because the beliefs might be false, but also because those you accept them blindly from might take advantage of your complacent acceptance. Blind, undiscerning faith is the substance of cults and the cause of many of the church’s greatest abuses.

Intellectual faith is crucial, especially in a post-Enlightenment era and an era with printing presses and technology, where “higher education” is widely available and anyone can read for themselves from diverse sources and make educated decisions themselves. Blind faith is rightly criticized by atheists and agnostics alike – Christians truly do need to be prepared with intelligent reasons for the hope they have. This is “apologetics,” having a defense for your faith. 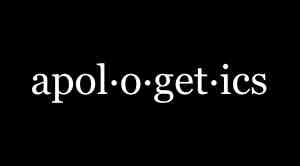 So did Jesus really commend blind faith in the sense some people imply? Did Jesus mean, “Don’t worry about evidence, just trust whatever you hear about me”? Of course not – in fact, he said quite the opposite. In Matthew 24:23-24 he specifically warns against accepting unfounded (without evidence) rumors about the Messiah and his return. People say many things, and so do spirits – it’s our job to be sure to discern false prophets and false spirits.

Jesus is also not saying, “You are better if you believe without seeing than those who had to see first to believe.” Case in point – the context of the story is Thomas doubting. What most don’t know is that Jesus showed up a week earlier to the other disciples and showed himself to them so that they would believe (John 20:19-23). Jesus shows them his hands and side, and then is gone by the time Thomas returns. The disciples tell Thomas but he doesn’t believe them and famously says he must see for himself to believe. A week later, Jesus returns and does the same for Thomas (John 20:27-28). Jesus is clearly not telling Thomas, “The other disciples are better” – because they required seeing before believing as well! 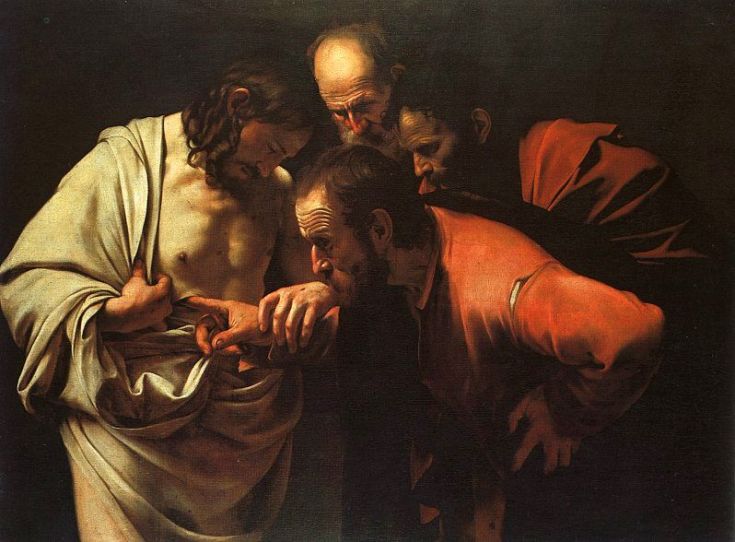 The Incredulity of Saint Thomas by Caravaggio

Remember John is writing this gospel at the end of the 1st century. He is one of the last living eyewitnesses and is discipling a growing Christian movement full of people who didn’t get to see Jesus risen in the flesh. John reminds his readers that “seeing” Jesus in the flesh is just one way of coming to belief, a way no longer available. He wants them to know they too are blessed, and in different ways.

Believers are not left in the dark, having to make a “blind leap of faith.” How are they blessed and how do they come to know Jesus differently than those who knew him in the flesh?

Faith is not blind – it is experiential, it is confirmed through real life encounters and supported by Scriptures and the testimonies of millions of Believers in the intervening two millennia. Those who saw with their eyes were blessed to know Him personally. But those who believe without seeing with their own eyes (ahem, all of us) often have many blessings available to them that the earliest believers had not yet come to realize in full.

The takehome point? Blessed are ALL who believe, from those who saw with their eyes to those who experience God in so many other ways, from the indwelling presence of the Holy Spirit to everyday Believers being His hands and feet, from the awe of nature to the traditions passed down from those who also walked in His path. And praise God that our salvation isn’t subject to some blind leap of faith, but can be arrived at by humbly accepting God’s loving forgiveness – something abundantly evidenced! Faith is not blind!

One thought on “Back in Context – Is Faith Really Blind?”