An interview with Pope Francis gave me encouraging insight into the revolution Rogue Millennials feel the church needs. Here’s some excerpts (a link to the entire interview appears at the end) – it’s great to hear the same questions we’re asking and the same answers we’re arriving at coming from across generational and denominational lines!

Q. What are your main concerns with regard to the Church?

A. “With regard to the Church, I would say that I hope that it never stops being close to people. A Church that is not close to people is not a Church. It’s a good NGO. Or a pious organization made up of good people who meet for tea and charity work… The hallmark of the Church is its proximity. We are all the Church. Therefore, the problem we should avoid is breaking that closeness. Being close is touching, touching Christ in the flesh and blood through your neighbor. When Jesus tells us how are we going to be judged, in Matthew chapter 25, he always talks about reaching out to your neighbor: I was hungry, I was in prison, I was sick… Always being close to the needs of your neighbor. Which is not just charity. It is much more.” 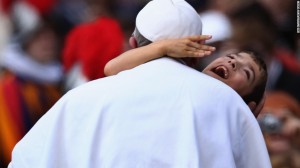 Q. A frequent subject is the role of laymen – are we then talking about a revolution of normalcy?

A. “I always try —I don’t know if I always succeed— to do what the Gospel says. That is what I try. I am a sinner and not always successful, but that is what I try. The history of the Church has not been driven by theologians, or priests, or nuns, or bishops… Maybe in part, but the true heroes of the Church are the saints. That is, those [laymen & women] who devoted their lives to making the Gospel a reality. They are the ones who saved us: the saints. We sometimes think that a saint is a nun that looks up to the heavens and rolls her eyes. The saints are the specific examples of the Gospel in daily life! And the theology that you learn from a saint’s life is immense. There is no doubt that the theologians and the pastors are necessary. They are part of the Church. But we must come back to that: the Gospel. And who are the best messengers of the Gospel? The saints. You used the word ‘revolution’. That is a revolution!”

Q. On the role of women in the Church, your wish is for them to have a bigger influence and even a role in decision-making. How far do you think that you will be able to get?

A. “We must not look at the role of women from a functional point of view, because that way, in the end, the women, or the women’s movement in the Church, will be some sort of chauvinism in skirts. The functional aspect is all right. The deputy director of the Press room at the Vatican is a woman, the director of the Vatican Museums is a woman. But what I want is for women to give us their thinking, because the Church is female, the Church is Jesus Christ’s wife, and that is the theological foundation of women… There is a long way ahead yet, and we must work so that women may give to the Church the freshness of their being and their thinking.”

On institutionalized Christianity and going rogue – “Those who feel comfortable within a Church structure that doesn’t ask too much of them, or who have attitudes that protect them from too much outside contact, are going to feel uneasy with any change, with any proposal coming from the Gospel. I like to think about the owner of the hotel where the Samaritan took the man who was beaten and robbed by thieves along the way. The owner knew the story, the Samaritan had told him: a priest had passed by, he looked at the time, saw that he was late for temple and left the man there, he didn’t want to get blood-stained because that would prevent him from celebrating mass according to the law. A lawyer passed by, he looked and said: ‘I better not get involved, it will make me late, tomorrow in court I will have to testify and… No, it’s better not to get involved…’ And then along came a man who was not Jewish, he was a pagan, he was a sinner, he was deemed the scum of the earth, yet he was moved by the hurt man’s plight and he helped him get up. The owner’s astonishment was tremendous, because it was unusual. The novelty of the Gospel is astonishing because it is essentially scandalous.”

From Rogue Jared: As is the case so often in Jesus’ stories, the rogue plays the hero – he does what anyone institutionalized would balk from. Pope Francis calls us laymen, the people who catapult the Gospel forward, the people who translate the Gospel into actual life patterns, habits, actions. Some shirk away from living the Gospel out – because of reputation, because of risk, because the lack of reward, because of inconvenience. It took the man who wasn’t part of the institution to be “moved by the hurt man’s plight”. May we always be that man! It is incredibly refreshing to hear the leader of the world’s largest church institution bring a challenging perspective to his massive congregation – rethink how we treat and how we prepare laymen; rethink the role of women; rethink how we talk too much and do too little; rethink how we avoid risk. Save the link below for when you have more time, the full interview is well worth the read and he addresses some of our most pressing issues, from refugees and immigration to world conflict and the increasing gap between wealthy and poor. 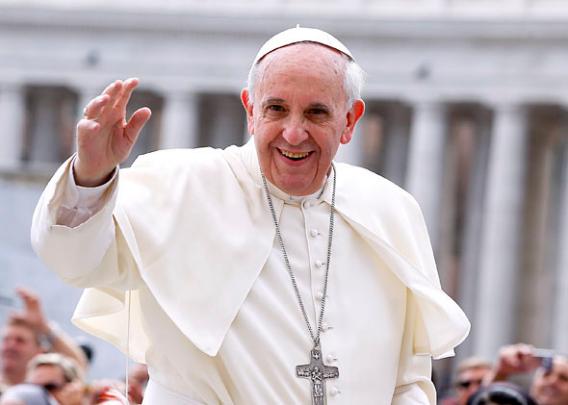