We mentioned in a previous post that biblical scholarship is increasingly returning to the position that the Gospels were written by eyewitnesses (Who Wrote the Gospels?) with the intent to convey history, not folklore (Gospels: History or Folklore?). Here’s a couple details of why Matthew seems very likely to have been written by the tax collector Matthew who followed Jesus himself. 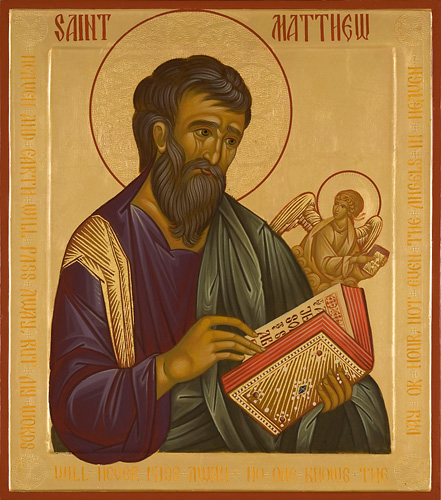 Internal Evidence that Matthew wrote, oversaw or authorized the Gospel with his name:

External Evidence that Matthew wrote, oversaw or authorized the Gospel with his name:

1) “Matthew has lengthy verbatim passages in common with Mark & Luke. Matthew would not have used the work of non-eyewitnesses.” We do not know the dates the gospels were written in. It is possible Matthew was written first and most evidence from the Church Fathers point to this solution, with Mark & Luke using Matthew’s to fill in the gaps of what they learned from Peter and Paul. Even if Mark or Luke came first, it cannot be assumed Matthew wouldn’t use their work to fill in his own gaps. Matthew didn’t see everything, so having Peter and Paul’s perspectives would help him compose a biography of his teacher. All biographers use other sources – even in ancient times. Xenophon wrote of Socrates using Hermogenes’ reports. As Brant Pitre points out, “It’s not as if all of the apostles were witnesses to everything that happened in the life of Jesus.”

2) “Matthew was written too late, Matthew would’ve died by then.” We’ll revisit dating the gospels in a later post – but it’s very possible they were written early. The major reason scholars wish to push the date later is because it includes general prophecies by Jesus that Jerusalem would fall. These prophecies weren’t exactly “Nostradamus vague” but they weren’t extremely detailed – the details of the fall of hundreds of cities could have fulfilled them. Most cities are burned, walls pulled down, temples destroyed. Most of the predictions Jesus made came from the Old Testament to begin with – nothing in the prophecy requires the gospel to have been written after the 70 AD destruction.

Trivia: Matthew’s Gospel was the most frequently cited Gospel in the early Church!